Every blog has to start somewhere… I have some plans for projects I would like to put here. But a fews days ago I had an idea for a quick thing that should get me started.

I was wondering at what frequency Andrioids NFC is operating at. Sure I COULD ask the mighty Internet… but thats no fun. Lets measure it! Also I was wondering ‘Does NFC turn off when the phone goes into standby?’.

So I set up my analog Oscilloscope. Formed a simple antenna with my probe. Turned on NFC on my phone and placed it on top. 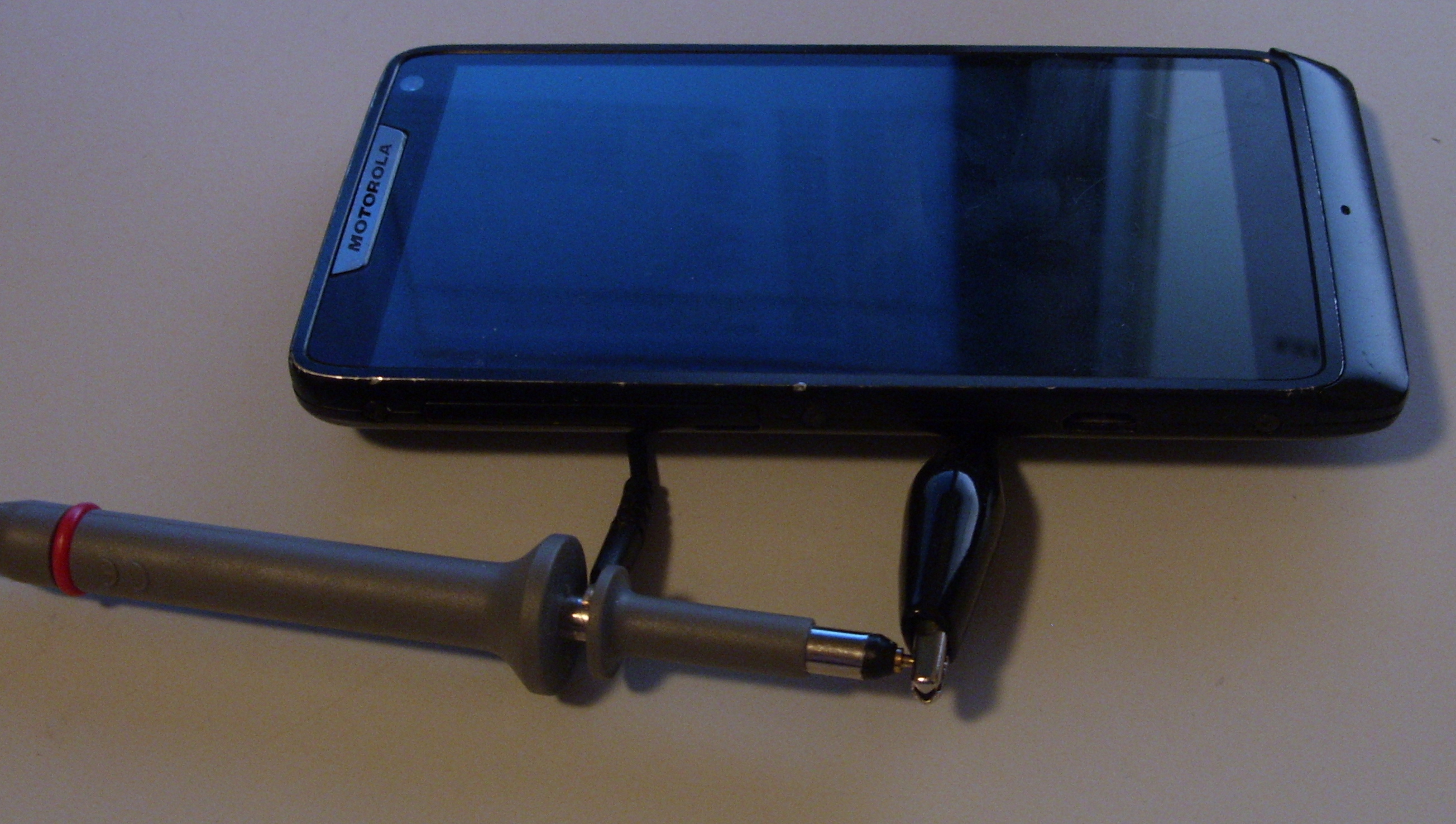 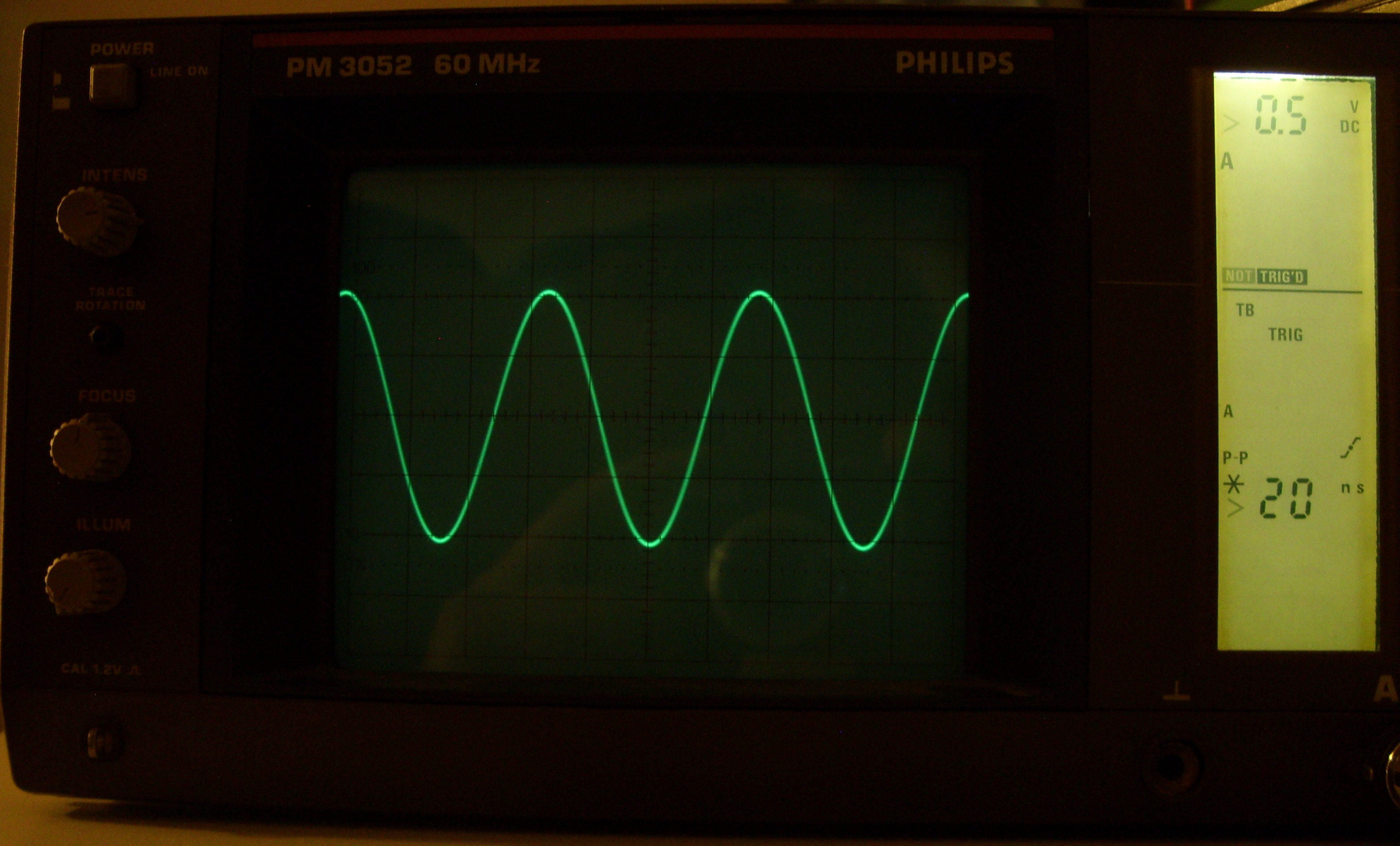 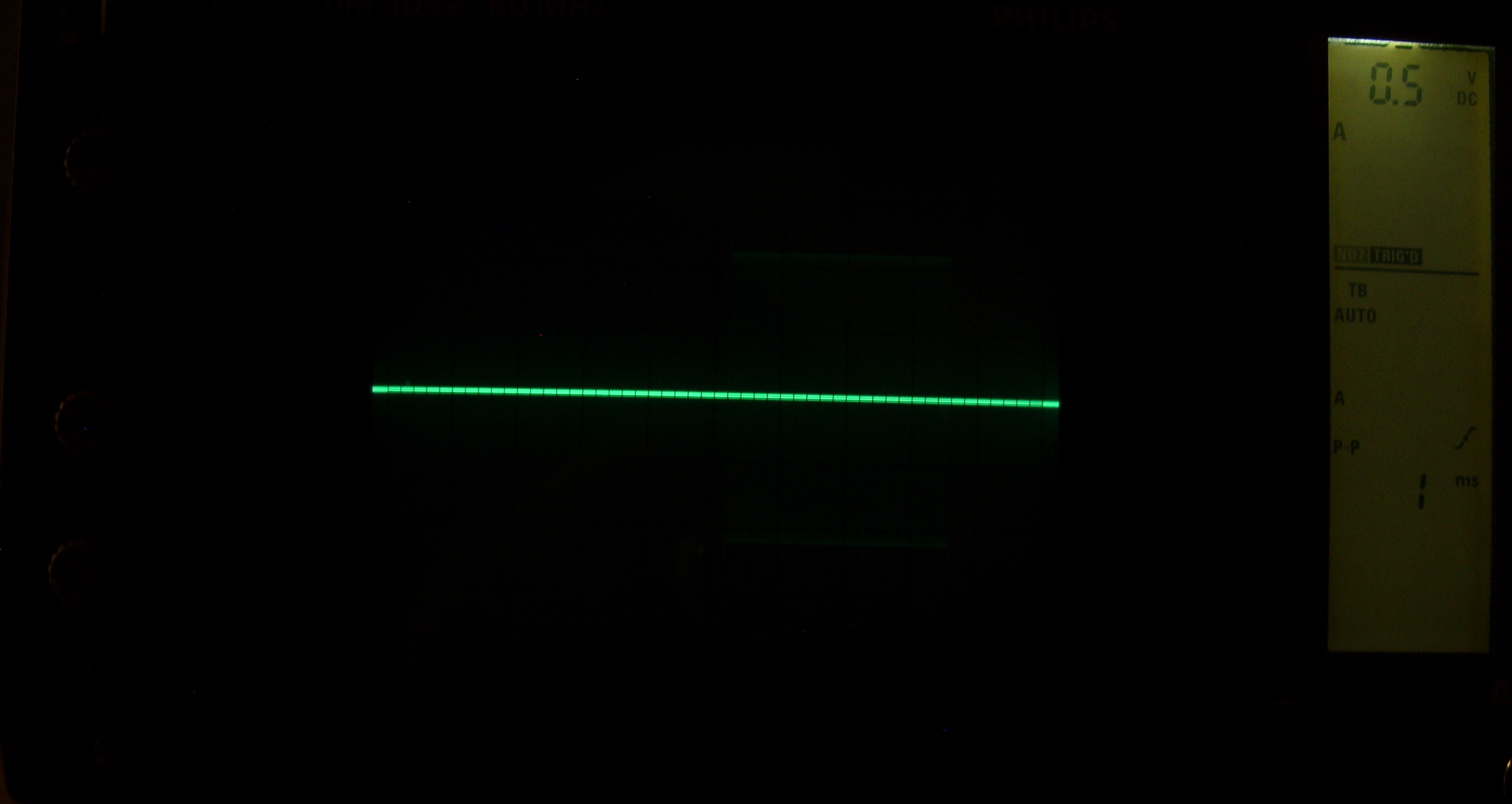 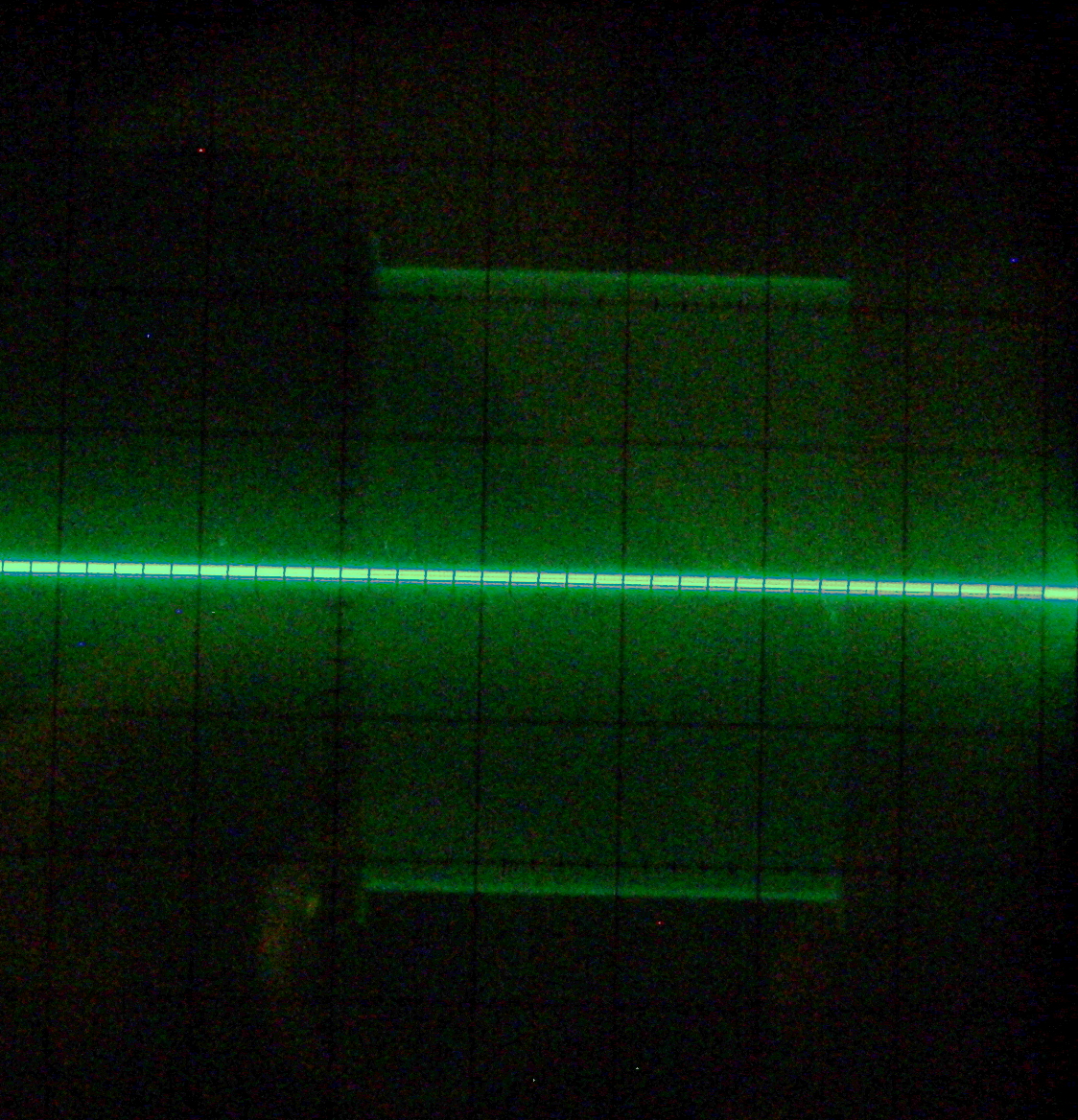 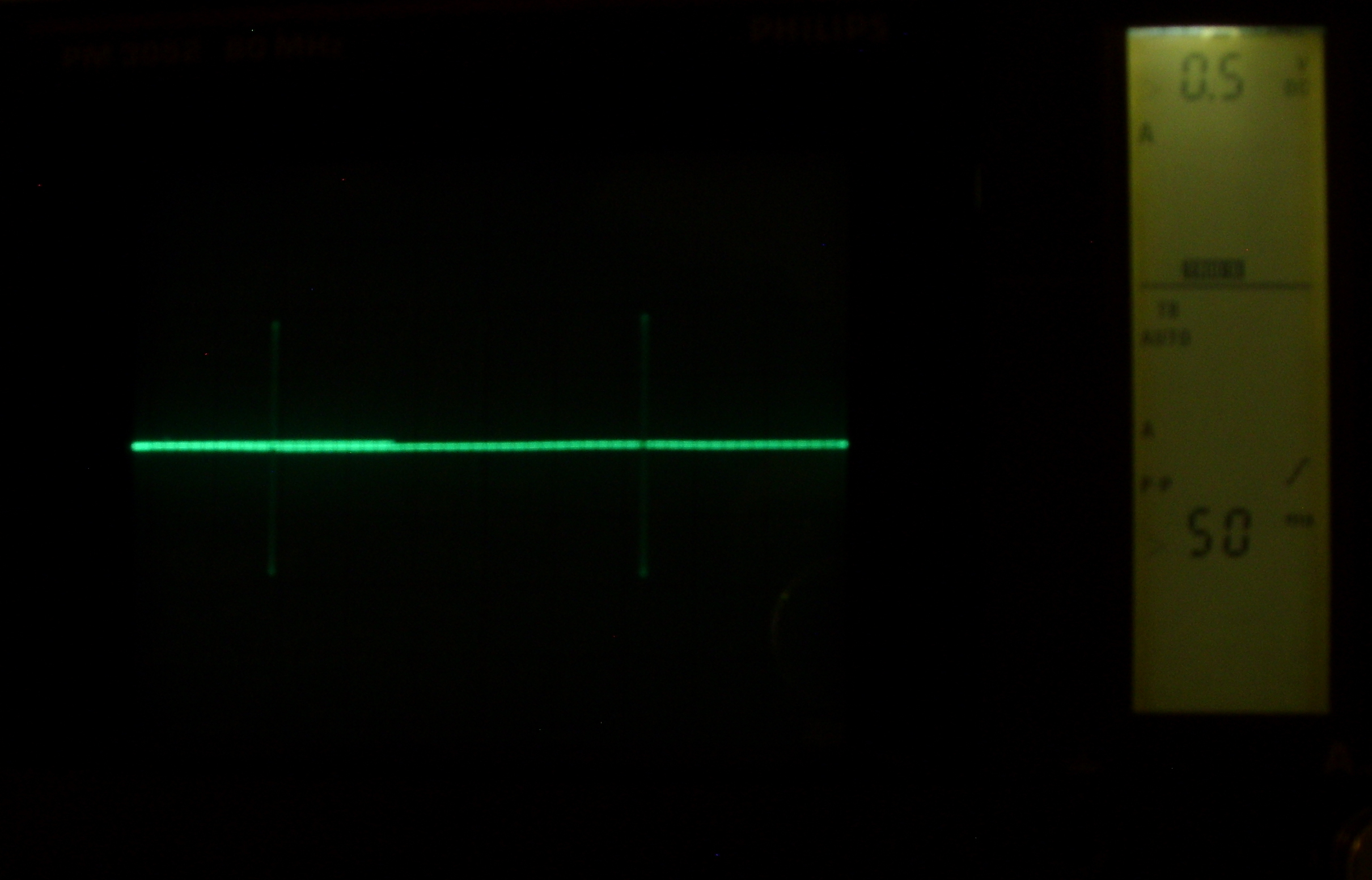 Easy! The scope shows a nice sine wave. Timebase is set to 20 ns per devision. And I get about 8.6 devisions per wavelength. That calculates to a frequency of about 14.5 Mhz (OK. Yes, I checked online. The “right” answer is 13.56 MHz). The signal disappears when I turn off the display and reappears when I unlock the phone. So I guess if you buy some of these cheap NFC tags, you need to unlock the phone and then put it on top. So i might as well turn on my bluetooth by hand rather than unlocking my screen and then put it on that NFC tag that I don’t have in my car.

The signal comes in bursts of about 5.4 ms every 265 ms. Which is not so easy to capture and measure with my analog scope. But I took some photos and made it work. The length of the burst is hard to see. So I edited the picture to make it appear more clearly. The last picture shows my attempt to measure the dead period between to bursts.

Thats it! Leave your comments below.

4,221 thoughts on “Measuring the frequency of Androids NFC”